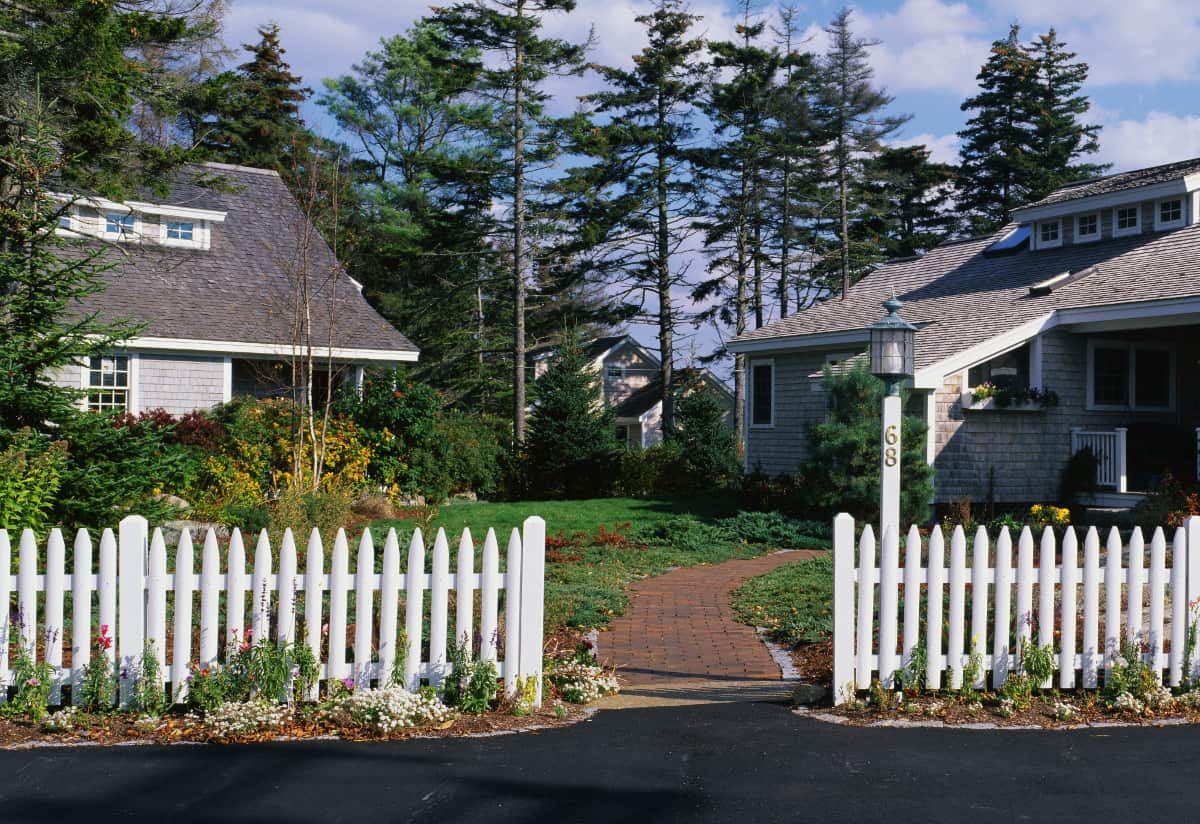 The first settlers, the Abenaki Indians, had a permanent settlement at Cushnoc, on the east bank of the Kennebec River, near the falls, in what is now Augusta. During the late 19th century, shipbuilding, lumber, and ice harvesting were among the town’s major industries.

Before the availability of mechanical refrigeration, several ice houses lined the Kennebec River. The Knickerbocker Ice Company (then the largest ice producer in the United States) and the Marshall Ice Company had icehouses at Bowman’s Point. The Rich Ice Houses were the largest icehouses above the Gardiner bridge, with a storage capacity of 70,000 tons.

In 1895, Knickerbocker’s building burned, leaving only its chimney intact; it stood until it was demolished in 1911, to make way for Central Maine Power Company’s first steam power plant. The Berlin Mills Company had a large sawmill on the river on Bowman’s Point. The man-made log booms by Brown’s Island were placed there to hold logs being floated down the Kennebec. While the logs were in the “boom” area, they were rafted and sorted for the sawmills.

Nowadays, Farmingdale is considered a commuter town, with many residents working in larger communities nearby.

Select a property type below to find current listings available in Farmingdale, ME! Discover a range of residential listings - from waterfront homes to condos - as well as land parcels and commercial real estate. Keep track of your favorite Farmingdale listings when you create an account and we will notify you when similar properties hit the market. Talk to us - we can help answer all of your Central Maine real estate questions and provide further information on a specific listing.