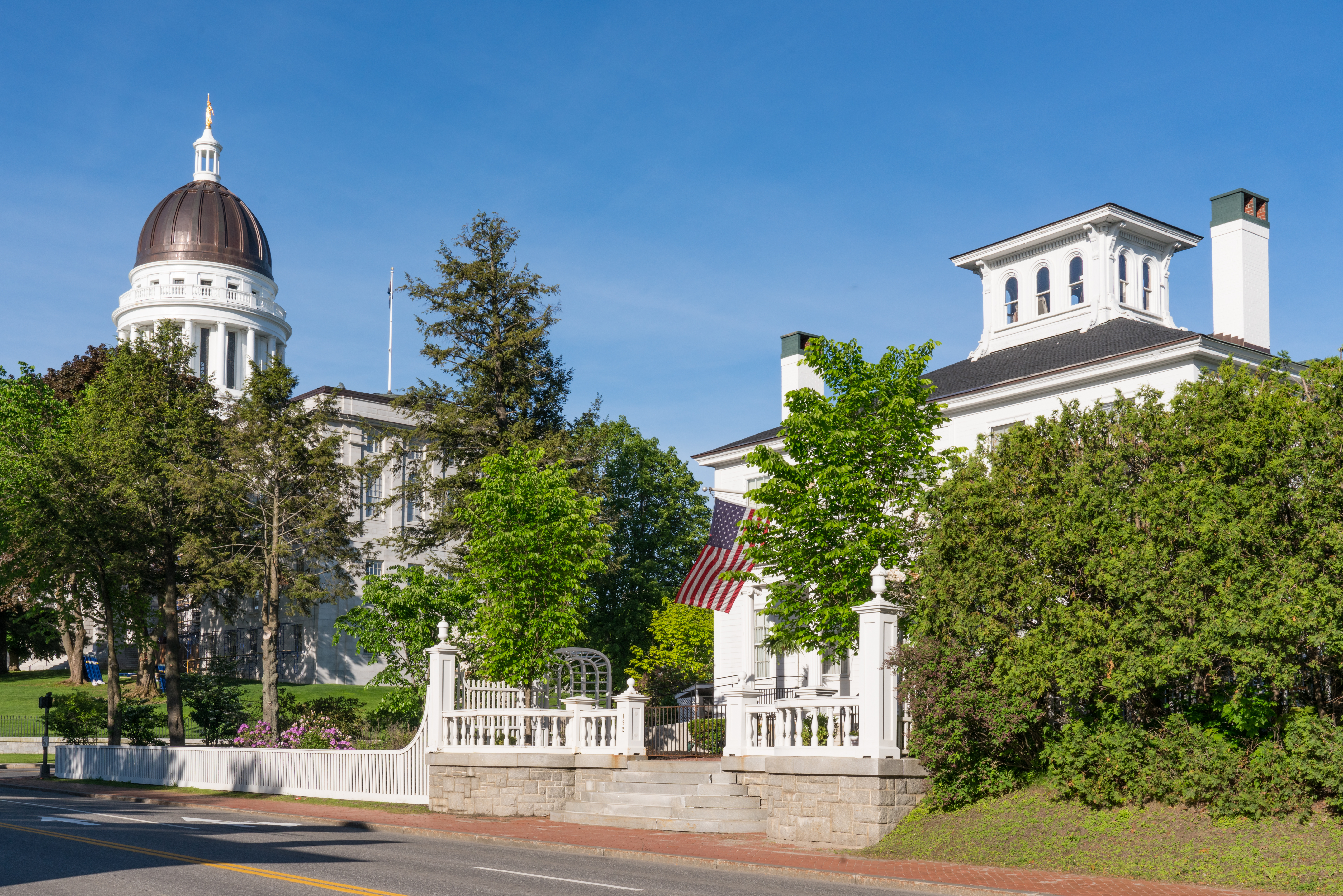 Do you and your family love learning about Maine history? Do you love educating yourself and your children about historic houses and other fascinating landmarks in central Maine? Have you ever considered turning that love into a super-cool scavenger hunt, in which you and your children—possibly even as a school outing—take a historic tour of the Augusta, Maine area to view some of our most notable historic houses?  If this sounds like a fun-filled way to bop around and learn cool things, buckle up and enjoy seeing these 5 historic houses!

Most notable today as the home of Maine’s governors, The Blaine House has a fascinating history tied to its namesake occupant, James G. Blaine. The home became the setting for one of Maine’s most spectacular political careers, during which Blaine served as Speaker of the U.S. House of Representatives, U.S. Senator, U.S. Secretary of State, and the Republican candidate for president in 1884. 192 State Street, Augusta

Now home to The First Amendment Museum, the Guy P. Gannett House was originally a wedding gift from publishing magnate William H. Gannett to his son, Guy P. Gannett. Founder of the Guy Gannett Publishing Company, Gannett was a legendary defender of free speech whose company grew to include numerous newspapers and radio and TV stations. 184 State Street, Augusta

Linked to another of Maine’s most celebrated politicians, this was the home of Maine governor and U.S. Senator Lot Morrill during his entire political career. In addition to his service to the people of Maine in the 1850s and 1860s, he also served as U.S. Treasury Secretary under President Ulysses S. Grant. 113 Winthrop Street, Augusta (Privately Owned & Occupied Property)

One of Maine’s most noteworthy political figures at the turn of the 20th century, John Fremont Hill served as a member of the Maine House of Representatives, as a State Senator, as Maine’s 45th governor, and as chairman of the Republican National Committee during the presidency of William Howard Taft. During his tenure as governor of Maine (1901-1905), Fremont decided to build this elegant executive mansion as a home befitting Maine’s highest political office. 136 State Street, Augusta

Central Maine offers a rich history and a great place to have a primary or second home. When you need friendly, professional assistance buying or selling a house, we invite you to contact us.