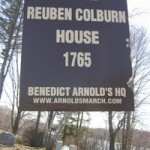 The Town of Pittston was incorporated in 1779.  It was originally named Randolph, but was re-named in honor of Boston lawyer and legislator John Pitt, who introduced the bill to incorporate to the Massachusetts state legislature.  Pitt's family had been among the early settlers instrumental in founding the town.

Some believe it was named after English statesman William Pitt the Elder, Earl of Chatham, a friend to the American colonies, who died in 1778.

Though Dr. Sylvester Gardiner still owned the plantation and was largely responsible for its settlement, local residents wanted the name changed because Gardiner, a British loyalist, fled the country during The Revolutionary War.

Parts of the land became Gardiner in 1803 and in 1887, West Pittston, which is now Randolph.

Nearly 32 square miles in size, Pittston is about seven miles south of state capital Augusta.  It lies along the eastern bank of The Kennebec River across from the City of Gardiner, surrounded by the towns of Randolph to the north, Whitefield to the east, and Dresden to the south.

The village of East Pittston is located on the Eastern River near the town line with Whitefield. Route 194 serves the village and the nearby Pittston Fairgrounds.

When "gold fever" swept through The Kennebec Valley in the early 1800s, treasure seekers dug for gold 80 feet below in Pebble Hills, but found nothing; the hill, located in southwestern Pittston, is aptly named for its hills of small pebbles with no dirt between them.

By the mid-1800s, Pittston's major industries were agriculture, shipbuilding, lumber, and ice harvesting.  At the close of the century, the growth of factories and technological advances in refrigeration ended them.  An abundance of pine and oak trees along the riverbanks helped the shipbuilding and lumber industries; Pittston was the first town north of Bath to build vessels.  The town was also known for its fertile soil of clay loam, forests filled with game, and waters teeming with fish.  As historians Henry Kingsbury and Simeon Deyo wrote, "Indeed, fish were so plentiful, especially alewives, in the brook running from Nehumkeag pond, and in the Togus stream, that for domestic use it was only necessary to shove them out into dishes."

Built in 1765, The Major Reuben Colburn House was one of the first on the east side of the Kennebec River in an area later known locally as Colburntown.  The house is also known as a place where Benedict Arnold and Aaron Burr once slept; it was Arnold's headquarters and the launching point for his expedition against British-held Quebec.

Colburn helped plan their attack on the British via the Maine woods.  He assembled a crew and built 220 wooden boats (bateaux) within two weeks of General Washington's request.  They lacked enough nails and seasoned lumber; the builders used green wood, which was more prone to leak.  Colburn and 20 craftsmen accompanied the expedition, carrying supplies and repairing the boats as they traveled.

Agry graduated from Harvard University, and after being admitted to the Maine Bar, later practiced law in the Wisconsin Territory and served in the Territorial House of Representatives, the Wisconsin Constitutional Convention, and in the State Assembly.  He was elected Wisconsin County Judge for Brown County in 1850 and served until his death in 1877.