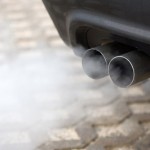 We touched on this in a previous post, but carbon monoxide poisoning is so serious it deserves to be highlighted on its own as well.

Unlike propane, which has an odor added to it to provide warning of a leak, carbon monoxide is colorless, odorless, and tasteless, making it a silent killer. Inhaling even small amounts can lead to sickness or death.

Symptoms of exposure include: lightheadedness, confusion, headaches, nausea, lethargy, and fatigue. Of these, the most common is a dull, frontal, and continuous headache. Because the gas attaches itself to red blood cells, it takes the place of oxygen in the body. If enough of the body's oxygen is replaced with carbon monoxide, a person will more or less suffocate. Exposure can cause blackouts in 15 minutes or less, depending on the level of carbon monoxide present.

When you think about it, it's not surprising that more deaths occur in winter (December ranks second in the number of deaths). Carbon monoxide is a by-product of combustion, which is the principle on which furnaces, generators, and propane stoves work. As the temperature drops, we tend to stay inside and crank up the heat to keep warm.

Keeping all this in mind, here are a few safety tips to prevent you and your family from suffering carbon monoxide poisoning:

If you suspect you or someone in your home is suffering from carbon monoxide poisoning or is feeling dizzy, light-headed or nauseated, get medical attention quickly. Since many of the symptoms are similar to flu symptoms, it can be hard to know carbon monoxide is present without a detector. Experts agree that multiple people in a home getting the same symptoms at the same time is a sign that something may be wrong.

To avoid becoming another carbon monoxide poisoning statistic, always err on the side of caution. It's much, much better to seek medical attention and not need it than to need it and not seek it.